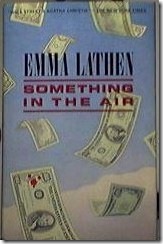 He was still too young to realize that, after a certain age, a struggle doomed to defeat is preferable to no struggle at all. p. 137

In spite of the best efforts of the program committee, those attending did not expect to gain much from the scheduled events. They came to make deals, broaden contacts, and exchange rumors. p. 146

For the first time in his life he realized that an expression of ladylike attentiveness is the feminine equivalent of a poker face. p. 182

“Rich women have always been liberated,” she replied coolly. “Some of them were born that way. The rest of us have to adjust.” p. 183

Defining absolutes has always been easy. He reserved his approval for those willing to forge a decent compromise between things as they are and things as they ought to be. p. 265